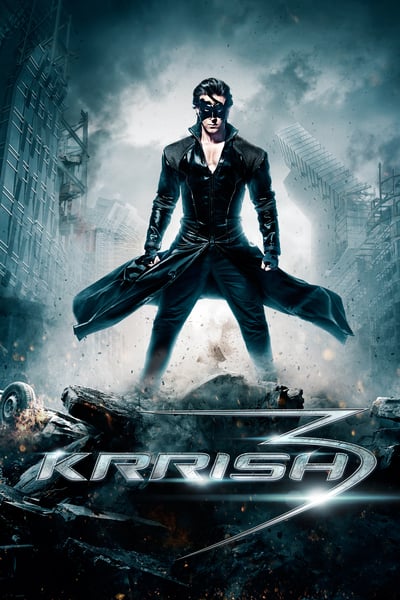 Title: Krrish 3 (2013)
Genres: Action, Adventure, Sci-Fi
Description: After defeating the villainous Dr. Siddhant Arya, and bringing his father Rohit back from the dead, Krrish continued fighting against evil and saving innocent lives. Now Krishna is living a happily married life with Priya, while Rohit is using his scientific brilliance to benefit society. And Krrish is everyone's favorite superhero saviour. Unknown to them, a dark force is growing in another part of the world. Kaal, an evil genius, is selfishly misusing his powers to spread fear, death and destruction. And he is being assisted by an army of very dangerous beings, which he has created himself. Not long after Kaal's plans are put into action, both Rohit and Krrish find themselves faced with a crisis of epic proportions, which only they can resolve, together. But when they finally cross paths with Kaal and his army, neither of them is prepared for what lies ahead. Kaal not only brings the world to the brink of disaster, he also puts the strength and love of Krishna and his family to the test.
Director: Rakesh Roshan
Writer: Rakesh Roshan (story), Robin Bhatt (screenplay), Honey Irani (screenplay), Irfan Kamal (screenplay), Akarsh Khurana (screenplay), Rakesh Roshan (screenplay), Sanjay Masoomm (dialogue), David Benullo (story consultant), Rajshri Sudhakar (Dialogue Writer: Telugu)
Actors: Hrithik Roshan, Vivek Oberoi, Priyanka Chopra, Kangana Ranaut
Rating: 5.2
Runtime: 152 min
Language: Hindi, Telugu, Tamil
Country: India
Rate: Not Rated
Hacer clic para expandir... 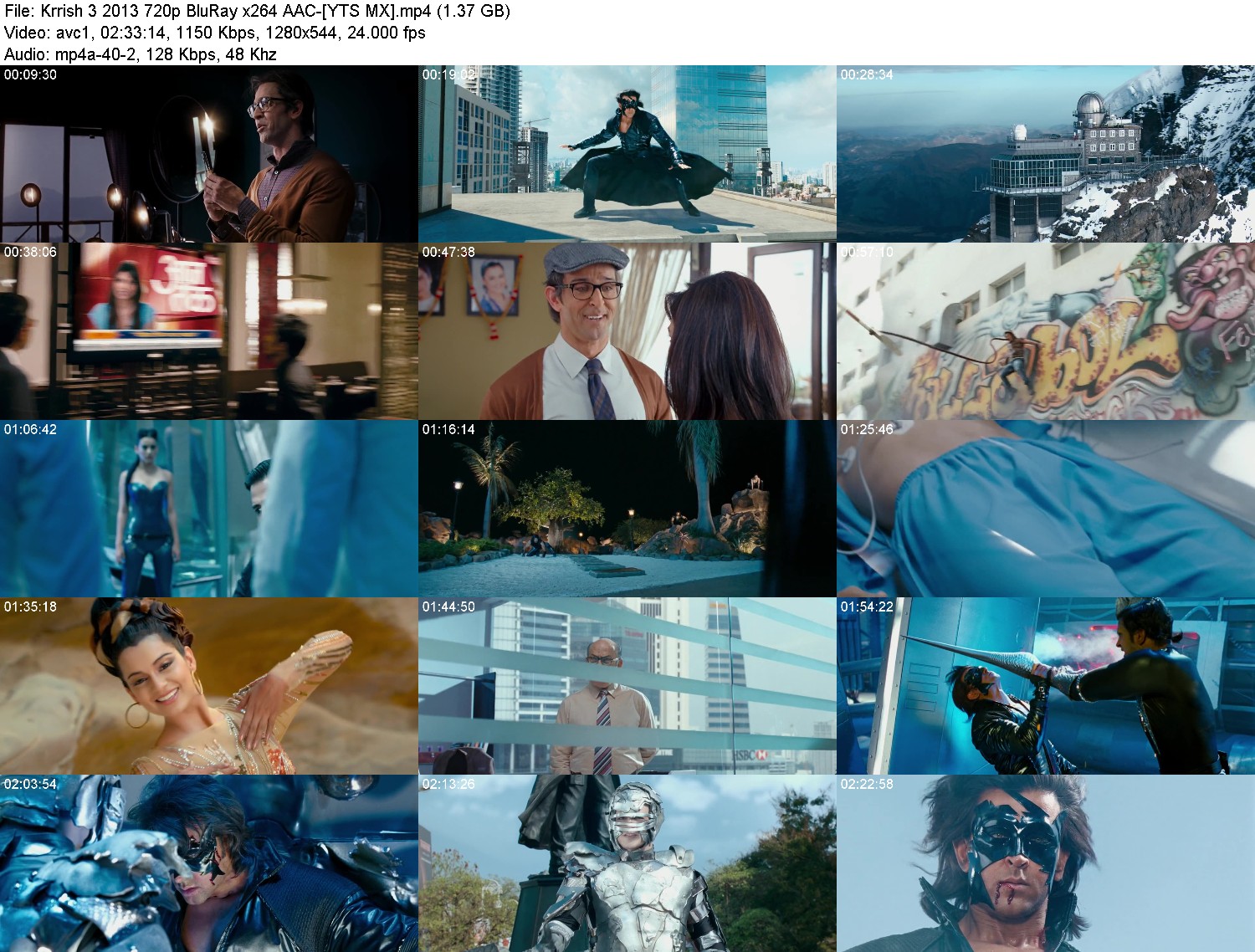